NORTH CAROLINA|SHIFTMEDIA| It has finally emerged with first documentary evidence recovered that the deadly Corona virus was manufactured by a US Scientist in a university lab.

The first document on the origins of the virus from an article published in 2015 indicate that Dr Ralph Baric, an infectious-disease researcher at the University of North Carolina at Chapel Hill was the man behind this deadly killer virus.

A report published early this week (November 9) about his team’s efforts to engineer a virus with the surface protein of the SHC014 coronavirus, found in horseshoe bats in China, and the backbone of one that causes human-like severe acute respiratory syndrome (SARS) in mice revealed.

The reported revealed that the hybrid virus could infect human airway cells and cause disease in mice, according to the team’s results, which were published in Nature Medicine.

The results demonstrate the ability of the SHC014 surface protein to bind and infect human cells, validating concerns that this virus—or other coronaviruses found in bat species—may be capable of making the leap to people without first evolving in an intermediate host, Nature reported. They also reignite a debate about whether that information justifies the risk of such work, known as gain-of-function research. “If the [new] virus escaped, nobody could predict the trajectory,” Simon Wain-Hobson, a virologist at the Pasteur Institute in Paris, told Nature.

Background to this research

In October 2013, the US government put a stop to all federal funding for gain-of-function studies, with particular concern rising about influenza, SARS, and Middle East respiratory syndrome (MERS). “NIH [National Institutes of Health] has funded such studies because they help define the fundamental nature of human-pathogen interactions, enable the assessment of the pandemic potential of emerging infectious agents, and inform public health and preparedness efforts,” NIH Director Francis Collins said in a statement at the time. “These studies, however, also entail biosafety and biosecurity risks, which need to be understood better.”

Dr. Ralph Baric. A microbiologist and chemistry professor at the University of North Carolina who had raised the eyebrows and the ire of the immunological community in 2015 by undertaking an unauthorized “gain of function” study for the synthesis of a supercharged SARS coronavirus. Work strictly forbidden by both the Centers for Disease Control and the World Health Organization. Both Baric’s hubris in ignoring a CDC/WHO contravention against gain of function studies and his clear disregard for the consequences of his activities immediately captured instinctual attention as someone whose activities bore closer inspection for potential connection to the Wuhan crisis that is now a global pathogen gaining momentum with each passing day.

The CDC had banned all gain of function testing on American soil in October of 2013, but eventually issued a ruling allowing North Carolina virologist, Dr. Ralph Baric to continue his work because his study had predated the ban by a matter of weeks.

How it went to China: 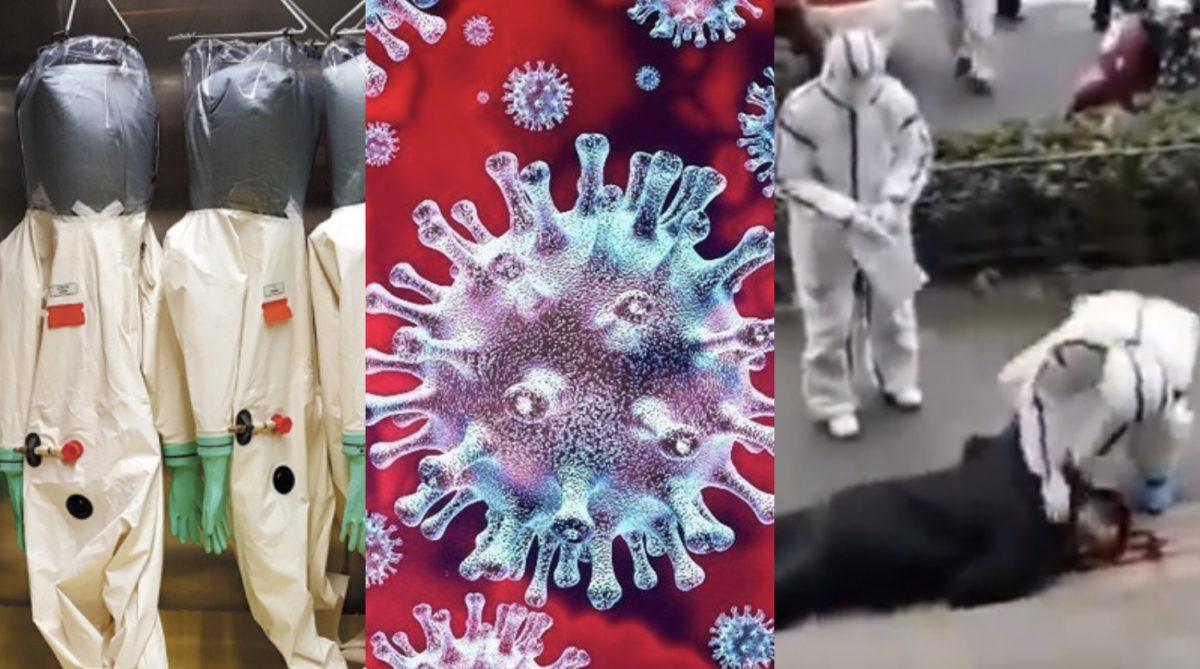 Emerging evidence strongly suggests a research collaboration between a North Carolina scientist and two Wuhan, Chinese microbiologists is the smoking gun in the creation and release of the COVID-19 superbug. A coronavirus synthesized in two laboratories on opposite sides of the world into a chimera viral monstrosity, optimized for infectious spread and with a lethality 20 times that of the common influenza.(www.shadolsonshow.com)

All that was missing was a direct connection between Baric’s maverick killer coronavirus research and the BSL-4 lab in Wuhan at the (Wuhan Institute for Science and Technology) that serves as China’s only bioweapons research facility, located in the very city where the COVID-19 pandemic began. 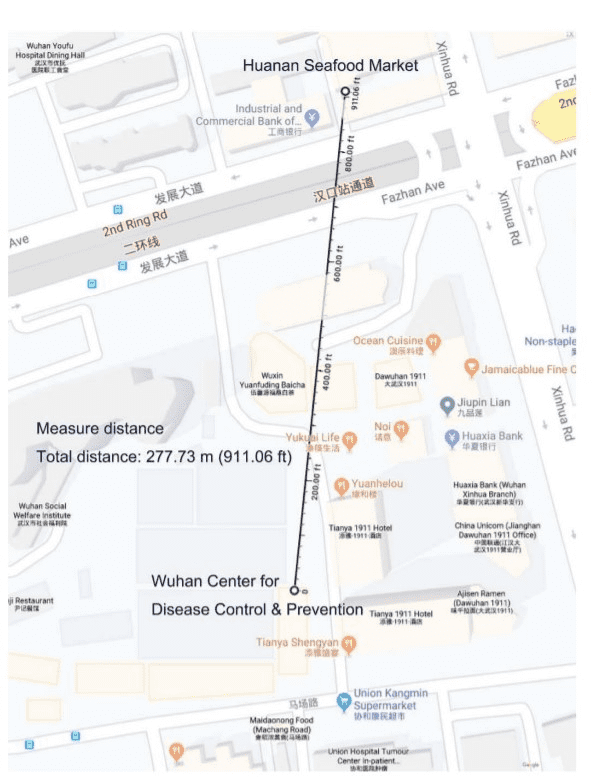 Buried in the minutiae of Baric’s published study documents, two barely credited collaborators in the gain of function coronavirus study: Doctors Xing-Yi Ge and Zhengli-Li. Microbiology and immunology researchers working at Wuhan Institute for Science and Technology, undertaking precisely the same gain of function study for a newly augmented coronavirus. A respiratory superbug with a particularly infectious surface protein array (SHC014) and the innards of a pneumococcal killer. The precursor to COVID-19….

The creation of such a new, non-natural risk to human health triggered bioethics backlash and criticism from around the world, with several elite virologists and infectious disease specialists slamming Dr. Baric’s work as potentially catastrophic, irresponsible and an unnecessary risk, given that previous studies of past outbreaks had already confirmed the near seamless transitory capacity of the SHC014 protein array in humans.

Baric’s work also demonstrated once again the ease with which existing viral pathogens can be lab altered and optimized, both for maximum infection potential and lethality in humans.

According to the report, Dr. Baric gave his original bat virus feeder stock from the plentiful populations of Horseshoe bat colonies near Wuhan which are natural carriers of coronaviruses like the common cold. After successfully harvesting and modifying hosted common coronavirus with the SHC014 protein array, Dr Baric negotiates a transfer of the newly augmented virus back to the Wuhan BSL-4 laboratory as compensation for parallel study.

Chinese researchers immediately go to work on further modifications, including for reasons unknown, the incorporation of HIV genetic markers, creating a virus that prefers the much stronger furin catalyst protein bond cleavage site, a bond 1,000 times stronger than the ACE2 protein bond of typical SARS coronavirus. Not a mutation, but a scientific augmentation for a clearly weaponized designer pathogen.

And in early December, the world is witness to the first case of COVID-19. A coronavirus with the SHC014 protein array, known to be housed at the Wuhan BSL-4 lab, roughly 700 feet from the “seafood market” that was initially blamed as the site origin of the Wuhan coronavirus outbreak that is now sweeping the world.

Tucker Carlsonsimilarly aired a report claiming that the novel coronavirus most likely originated in a Wuhan laboratory.

Carlson went on to cite the report — which he conceded that he couldn’t independently confirm or endorse — noting that the information was at least worthy of consideration.

The report detailed the tracing of COVID-19 to the intermediate horseshoe bat — a bat that they confirmed was not available at the Wuhan wet market and did not live locally. In fact, the report noted that native populations were no closer than 600 miles away from the first known cases, making a natural transmission from bat to human appear more unlikely.

The only place those particular bats existed locally was inside a research facility — which was just several hundred yards from the Wuhan wet market — and the paper’s ultimate conclusion was that the coronavirus pandemic had likely been the result of a leak from the lab: “The killer coronavirus probably originated from a laboratory in Wuhan.”

Carlson went on to attack American media outlets for failing to cover the story, in spite of the fact that the report had been publicly available for nearly two months.

What Chinese scientists said
On February 6 2020, scientists from the South China University of Technology uploaded a paper on the origins of the Coronavirus. At the time, the official death toll in China from the epidemic was 564. The paper made a number of notable observations and claims that are worth knowing about.
Much as we cant independently confirm, you should keep in mind that these findings come from Chinese scientists, who work for a university controlled by the Chinese government.
Here’s what the paper says:
First, the scientists confirmed what scientists around the world have said they believe: the virus mostly likely came from an animal known as the Intermediate Horseshoe Bat. There are no known colonies of this bat within 900 kilometers of Wuhan. Nor is there evidence they were sold in the Wuhan wet market, despite many claims in American media to the contrary. Interviews with almost 60 people who frequented the market confirmed there were no horseshoe bats for sale there.
So where did the virus-carrying bats come from? The paper says this, quote: “We screened the area around the market and identified two laboratories conducting research on bat coronavirus.” Within a few hundred yards of the wet market was something called the Wuhan Center for Disease Control and Prevention. According to public reports, the center used Intermediate Horseshoe Bats for research. About seven miles away was another facility, called the Wuhan Institute of Virology. The virology institute also conducted research on Intermediate Horseshoe Bats.
South China University scientists concluded that the Coronavirus pandemic likely came from one of these two labs. They noted that a scientist at the Wuhan Center for Disease Control and Prevention had been exposed to the blood and urine of bats. They also suggested that infected tissue samples from research animals may have wound up in the Wuhan wet market. They ended their paper this way. Quote: “The killer coronavirus probably originated from a laboratory in Wuhan. Safety levels may need to be reinforced in high risk, bio-hazardous laboratories. Regulations may be taken to relocate these laboratories far away from city center and other densely populated places.” End
quote.

So far, it’s been virtually ignored. Almost nobody in American journalism has dared to write about it. The few who have, were immediately attacked as dangerous conspiracy theorists. Instead of assessing what seemed like rational conclusions in the Chinese paper, there was a spate of American news stories and academic research designed to show that the Coronvirus absolutely could not have been engineered in a Chinese lab as a bioweapon.
Tags: DR RALPH BARIC DR XING -YI Ge DRZHENGLI- Li NATURE MEDICINE NORTH CAROLINA UNIVERSITY WUHAN