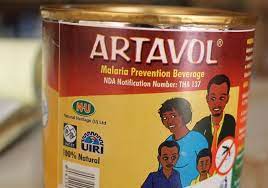 KAMPALA-SHIFTMEDIA- Five days ago, the BBC in a Health report filed by James Gallagher, a Health and Science Correspondent had a headline: “Historic go-ahead for malaria vaccine to protect African children”.

The report https://www.bbc.com/news/health-58810551 indicated that children across much of Africa would be vaccinate against malaria in a historic moment in the fight against the deadly disease.

“The long-awaited malaria vaccine for children is a breakthrough for science, child health and malaria control. It could save tens of thousands of young lives each year,” the BBC quoted the WHO chief.

For decades, malaria has been the leading killer of children, especially in the African continent. It kills over 400,000 each year with children accounting for over half of these deaths annually.

Now according to WHO, after more than a century of trying, a vaccine, RTS, S had finally been proven effective after six years ago. Apparently, the pilot immunization programes was conducted in neighboring Kenya, Ghana and Malawi.

Now WHO plans to roll out the vaccines across sub Saharan Africa.

Over the years, donations in forms of mosquito nets to Governments in Africa, Uganda inclusive has been instrumental in curbing malaria fatalaties that left over 260,000 dead in 2019.

The point we are focusing on today is the new vaccine, RTS,S  piloted by Ghanian doctor Dr. Kwame Amponsa-Achiano versus that of Ugandan professer, Dr. Patrick Ogwang’s Artavol that was discovered and recognized  in 2012. 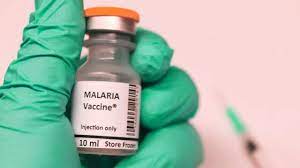 The report by BBC notes that RTS, S vaccine targets one of the most deadly and most common malaria parasite in Africa, Plasmodium falciparum.

The trials of RTS,S done in 2015, three years after Prof Ogwangs’ showed that it would prevent 4 in 10 deaths of reported malaria cases, and 3 in 10 severe cases. There were doubts, as per the report whether the vaccines would work in the real world since it requires four doses to be effective. The first three are given a month apart at 5, 6, and 7 months, while the final booster is needed after 18 months. Dr. Pedro Alonso, the director of WHO Global Malaria Programme said: “We (WHO) have been looking for a malaria vaccine for over 100 years now, it will save lives and prevent diseases in Africa children.”

Perhaps many may not recall that in 2012, Prof Ogwang’s developed malaria vaccine Artavol that was recognized as a perfect treatment for malaria. 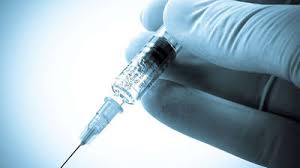 In a publication in Malaria World, (Malaria World is a scientific and social network for Malaria professionals), the first prophylaxis against malaria was discovered by Prof. Patrick Ogwang way back in 2012.

Prof. Ogwang was also duly recognized by the UN for discovering the Malaria prophylaxis

In 2014, government of Uganda through the Ministry of Health duly recognized and awarded Prof Ogwang, the first of its kind in Africa for his role in research on herbal prevention of malaria.

Recently Prof. Ogwang was also key in producing the Covidex herbal drug that was found as key in the treatment of the deadly Covid 19.

According to Patrick Ogwang’s scientific papers, he explains how Artmesia annua infusion can not only cure but also prevent malaria.

Ogwang in collaboration with other scientists from Makerere University  developed the prophylactic medicine called ARTAVOL , a mixture of several plants.

Their research showed that after 8 months of consuming ARTAVOL, a blend of Artemesia annua, avocado powder and lemon grass, the subjects did not develop any fevers associated with malaria. After their study, it was proven that the hospital visits due to malaria infections fell by 80%.

But even though the Ministry of Health recognized the innovation of Prof. Patrick Ogwang in 2014, and awarded him for his outstanding achievement in research for herbal prevention of malaria, Artavol production is still low with just about 6,000 one hundred-gram tins per month. Artavol tastes best with milk, but can also be added to porridge, hot water or food.

The lab studies done on rats and humans showed that Artavol works by blocking parasite multiplication in the body and stimulates the while blood cells especially monocytes and lymphocytes.

The monocytes then removes young malaria parasites from the blood before they mature to cause malaria disease.